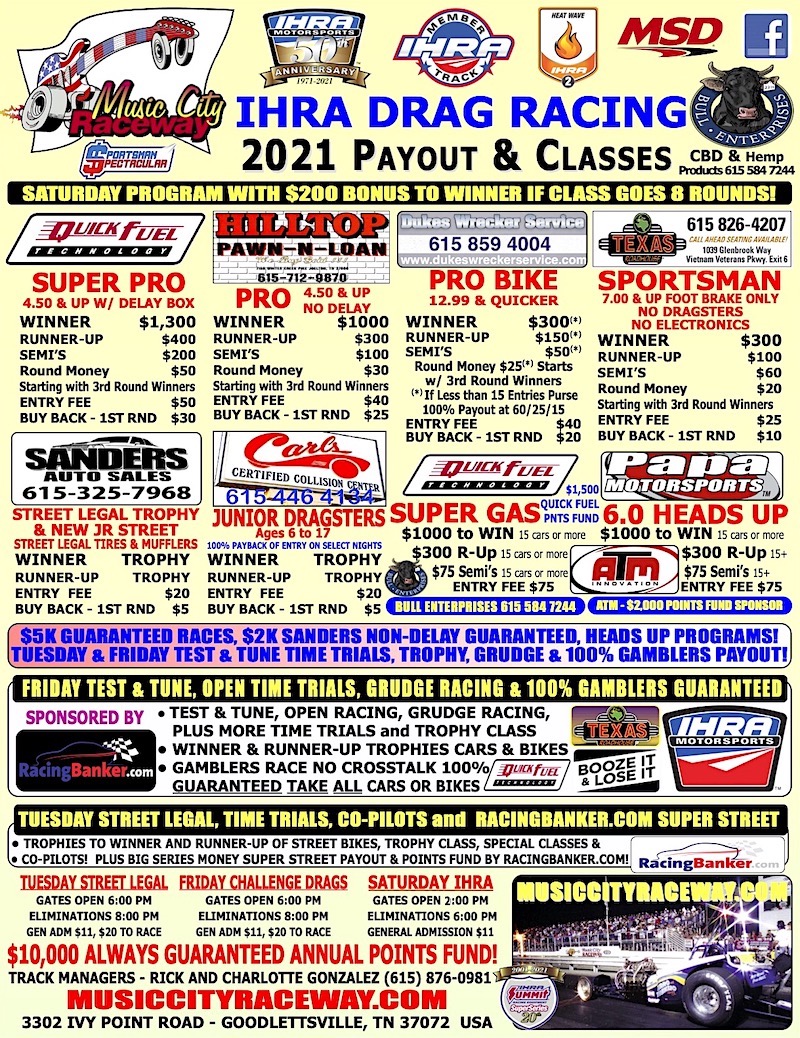 Tuesday night Super Street brought to you by RacingBanker.com is a separate class designed to offer a points series open to any street legal car.  Special thanks to Michael Boatright for sponsoring and developing this innovative class.

You must purchase separate tech card for $20 per night with half of the total money for that night going to the nightly winner and the other half of the total purse going into a points fund to be paid the end of the year.  (It accumulates, gets big . . you just need to quailfy one of the months).

Unlike most yearly points programs, Super Street racers with the highest point’s totals that month move to the monthly winner’s race ladder to be run in October.  Points are posted under "Results, Pictures and Points" this site.

Once a racer has made it to the finals bracket they are not eligible to qualify for another spot for the following months. This allows 16 different racers a chance for the finals race in October.

A racer who has secured his spot on the ladder can still compete weekly for the nightly prize money but any points they would have acquired will not count for that month (but WILL COUNT for the final bracket if needed to get the buy into the finals!).  GREAT THING once they have "made the field" - - they can be a spoiler ! ! ! - still get money AND get points. 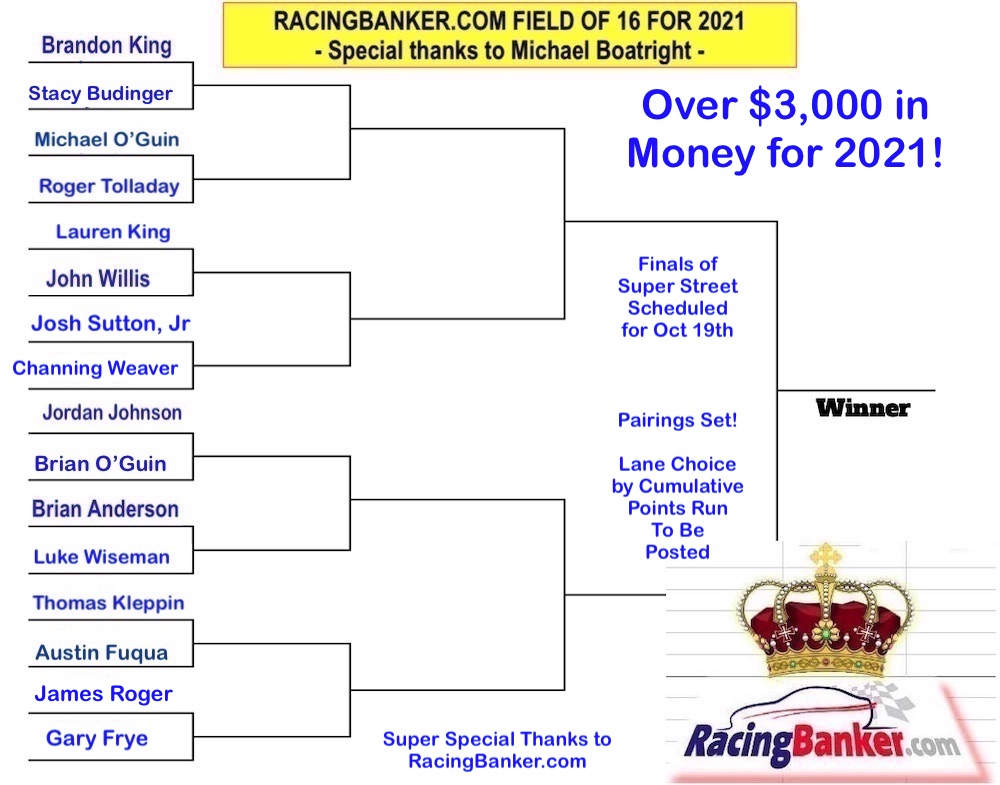